D is for Dependency

Following up on the acronym SLED (What To Say and How To Say It by Brandon Vogt.) where S is for Size. L is for Level of development. E is for Environment. D is for Dependency.

Dependency: Here the pro-choice activist argues that a fetus is not fully human because they are totally dependent on another human being in order to live. But if that’s the criteria, you can ask about people with disabilities or elderly who are dependent upon others to live. Furthermore, newborns and toddlers are considered to be dependent on other human beings to live.

Thus, Dependency not a quality unique to the unborn that disqualifies it from being considered a human being. The Pro-choice bioethicist Peter Singer agrees. Writing in Practical Ethics, “[T]here is no doubt that from the first moments of its existence an embryo conceived from human sperm and eggs is a human being.”

In Christ, Ken.
Posted by Kenneth Donajkowski at 1:24 PM No comments:

E is for Environment

Environment: Here the pro-choice activist argues that a “fetus is not yet in the world.” Not so. While they may not be directly visible to us, the unborn are indeed in the world. Not only are they in the world at large, they are precisely where they are supposed to be.  The womb has no other innate purpose than providing a safe haven for the nourishment and development of this specific human being.  By definition the womb is the “organ in which the young are conceived and grow until birth.”

Thus, Environment is also is not a sufficient reason for denying the unborn their innate right to life.  This criterion is not unique as a person is a person whether in a house, an igloo, an incubator or a womb.

Posted by Kenneth Donajkowski at 2:24 PM No comments:

L is for Level of Development 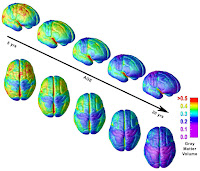 Level of Development: Here the pro-choice activist argues that a “fetus cannot think or feel pain.” One might then ask if born people with developmental disabilities are not human beings. Are born people who cannot think clearly or feel pain are not persons.  Then there is the scientific fact that human brains are not fully developed until around the age of 25.  Are we any less human beings until we reach that age?

Thus, Level of Development is not a reason to dismiss the unborn as not being persons.  This criterion is not unique and applies to many born people that we do not dismiss in this way. So we are still left asking the pro-choice advocate, why is a human being in the womb denied the right to life?
In Christ, Ken.
Posted by Kenneth Donajkowski at 6:31 AM No comments:

S is for Size

SIZE: “An embryo is just a clump of cells.”  Ask, “What distinguishes you from being more than a mere “clump of cells”? If size matters, is a toddler less of a person than a teen?  Are short people less human than tall persons?” You might also ask, “How big must an unborn child be before it can be considered human or a person with a right to life?” Trent Horn in Persuasive Pro-Life suggest this response “use the following simple test to show something is an organism and not a clump of cells:
If I can give this living thing time, nutrition, and a proper environment, and it is able to develop toward becoming a mature member of its species, then it is an organism and not a mere [clump of cells].”  Trent goes on to say “cells such as skin, sperm, and egg can never —even given time, nutrition, and a proper environment—develop into an adult human, they fail the organism test.116 When removed from the human body, they are clumps of cells, or tissue, that will quickly die.”

You can also have recourse to Dr. Seuss and the popular line - and major moral theme - from Horton Hears a Who!  "A person's a person, no matter how small.”
In Christ, Ken.
Posted by Kenneth Donajkowski at 11:23 AM No comments:

Though the abortion rate in the US has been declining recently, the Guttmacher Institute (GI) still reports over 860,000 abortions in the US in 2017. GI also reported that in 2014 “17% of abortion patients identified as mainline Protestant, 13% as evangelical Protestant and 24% as Catholic…” Also according to GI one-third of all women in the US will have had at least one abortion by age 45. What are the reasons given for having an abortion?  According to GI, 74% say “having a baby will dramatically change my life.” And 73% also say “I can’t afford a baby right now.”  However, these reasons do not justify a parent killing a 2-month old baby (at least not currently), so why do they seemingly justify abortions?  What is different about a pre-born human being and a born human being such as an infant, or toddler, teenager, etc.?

Let’s consider the four main differences most often raised by pro-choice advocates.  A good way to remember them is using the acronym SLED (What To Say and How To Say It by Brandon Vogt.)  Picture an infant riding a sled.  S is for Size.  L is for Level of development. E is for Environment. D is for Dependency.  In the next articles, we will see how these differences are arbitrary and rather than reasons are merely rationale for discrimination against the unborn that do not withstand scrutiny.
In Christ, Ken.
Posted by Kenneth Donajkowski at 6:15 AM No comments:

In a recent article, a Ms. Valenti - referencing the FX program “AKA Jane Roe”- chastised the pro-life community for manipulating Ms. McCorvey, the “Roe” in Roe v. Wade.  Here is an excerpt from my reply:

I’m going to suggest that such abusive behavior, use of lies and deception (at least be honest Ms. Valenti, the pro-choice side is in no way innocent here) is the result of wanting too much for “your team” to win.  It does not arise from a desire that “the truth will out.”  Consequently, I disagree with those on my team who want to cry “fake news” or personally disparage pro-choice activist’s use of Ms. McCorvey.  In the final analysis it does not matter what position any one or several persons espouse on this matter as they “cross the finish line.”  In fact, even popular opinion is not what matters. What matters is what is the unborn?  If it is not a human being, then abortion is of no concern.  If it is – as science tells us – a human being from the moment of conception, then I am obligated to lobby that the right to life, which inherently belongs to human beings, be returned to those who have had it taken away. As implied in your article, Ms. McCorvey – as a human being – deserved far better treatment than being seen merely as a “trophy,” so to do the unborn in untold numbers deserve far better treatment than to be seen merely as a non-entity to be destroyed at whim.  Both sides of this issue would do well to repent of and forgo the ethical infractions your article brings to the fore and engage in discussion of the core issue. Simply saying “Yay, for our side!”  and calling each other “Liar!” is unlikely to make any meaningful contribution of any sort.
In Christ, Ken.
Posted by Kenneth Donajkowski at 8:15 AM No comments:

The Unborn are Human Beings: 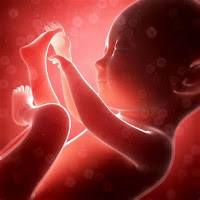 First, the unborn are human beings. Somewhat ironically, it is science that tells us that the unborn are human beings.  From the moment it exists an entity has being.  And from the moment of conception an embryo has human DNA, he or she is the product of two human beings and thus is a human being.
Some will object that it is “just an embryo” or “just a fetus.” However, look up the terms in most medical dictionaries and you will learn that among humans an embryo is a “human being from conception until the seventh week of life.” While fetus - derived from Latin for little one - refers to a human being from the eighth week of life until birth.  Therefore, referring to the unborn as a fetus only describes the stage of development of a human being. To deny that the unborn is a human being is to deny biology.
Another objection is that sperm and eggs have human DNA but we don’t consider them “human beings.” ﻿Author and apologist, Trent Horn addresses this: “Sperm, egg, fetuses, and toddlers are all human in the adjective sense of the word, since they possess human DNA. Unlike sperm and egg, however, fetuses and toddlers are also human in the noun sense of the word. A fetus is a human and a toddler is a human, while an individual sperm cell or egg cell is not a human. This is similar to how we might say apple pie and the president are both American, while the president of the United States is an American, and the apple pie is not.” 1
In Christ, Ken.
1 Persuasive Pro Life: How to Talk About Our Culture's Toughest Issue. Catholic Answers Press.
Posted by Kenneth Donajkowski at 1:16 PM No comments:

Signup for Email When New Blog is Posted